Wife of Chukwuma Eleje, the delivery man with Jumia online shop, who was murdered by two men and a woman at the Ada-George area in Port Harcourt in Rivers state on March 25th, has cried for out for justice. The father of four had gone to deliver iphones and a motorcycle the suspects had ordered for online when he was killed and his body dumped into a septic tank. 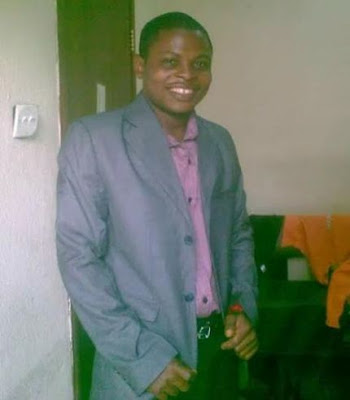 Mrs Eleje who spoke on Port-Harcourt based radio station, Info FM , yesterday March 31st, demanded for justice. According to the wife of the deceased, her husband left home on the day of the incident, promising to return home to be with them. She said she was not aware that her husband had even died until when people began to throng her home to pay her condolence visit.

Mrs Eleje said her husband had promised to come back home to pay their house rent which had been due and they had even been given a one-week ultimatum by their landlord to pay up or be thrown out. She wondered how she would cope with taking care of their children.
Meanwhile the Rivers state police command says the three suspected killers would be arraigned in court soon.
Post Views: 44
Related Topics:
Up Next